Okay so here’s the thing, I wasn’t going to post this DIY only because I don’t really like how it turned out. Buuut, then I’ve always been honest here so I thought I would post it anyway. Plus I do love the fabric!

I think that I am better when everything is written out exact for me, with this one you have to measure and add, then add some more. Scott was helping me and he was putting it into decimals (what the?) I mean I know that decimals convert to fractions (obvs) but still, my brain was on overload. Anyway, back to the instructions. Ingredients are: a main fabric, a fabric for the liner, and then batting. (I get mine at Hobby Lobby) Some velcro and I added a button. 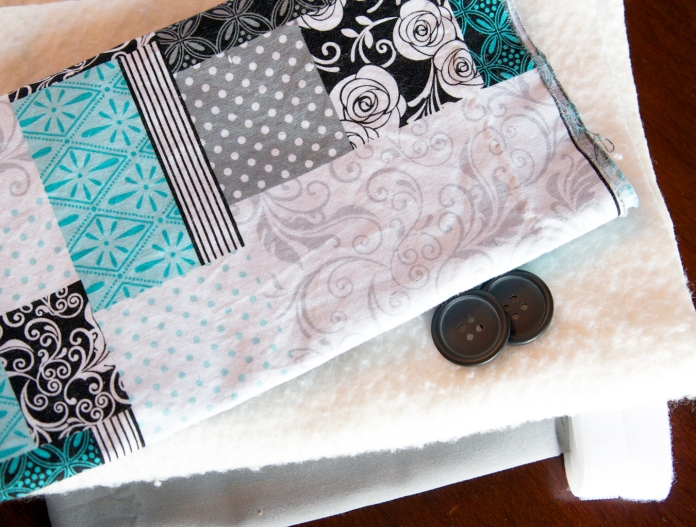 First, you’ll measure your laptop. This is where I got confused, I first went with the calculation on this site but then ended up just doing my own thing because I didn’t care for her tutorial. (I’ve learned through this that I need pictures, does that make me a visual learner?) But I would recommend the tutorial here instead. Her measurements went like this: L+H+1″xW+H+1″ for the front panel, and L+1″xW+4.5″.

So I figured out roughly the size I wanted for both the front and flap panels. 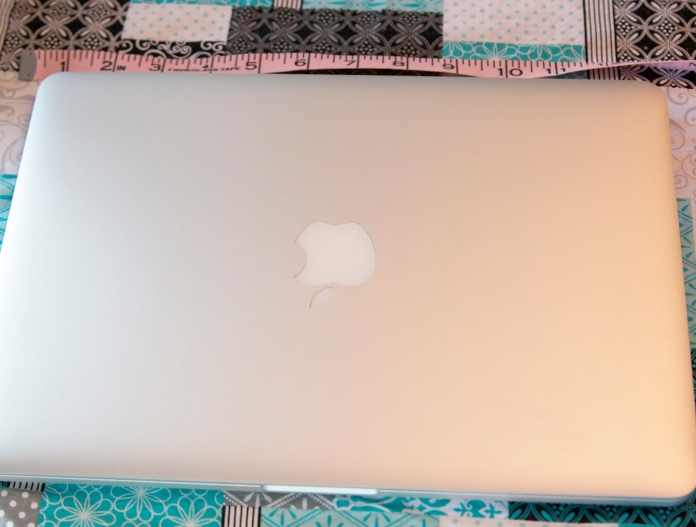 Next I layered the main fabric, batting and the lining fabric. You will want to layer it so that when you sew it, then turn it right side out, the batting is in the middle and the liner is on the bottom. (if fabrics have a print, they will be placed right side down) Sew them together, leaving the top open, and then turn right side in.

Once it is right side, on the panel that is going to be your flap (the back) decide where you would like the velcro and coordinate that with the front panel. Sew them only on the first fabric, do not sew through all three. Then do the same if you’d like to add a button to the top of the flap panel.

Now you will turn them back inside out, sew the top closed leaving about an inch or so. Then turn it right side in. (do this with both panels.) I ironed them at this point and sewed the top of both panels to close the space and give it a clean look.

After that I put the laptop in as it would be and pinned where I needed to sew.

Then I trimmed the edges (you’ll have to use good scissors because it is really thick) You don’t have to do this but I like to. 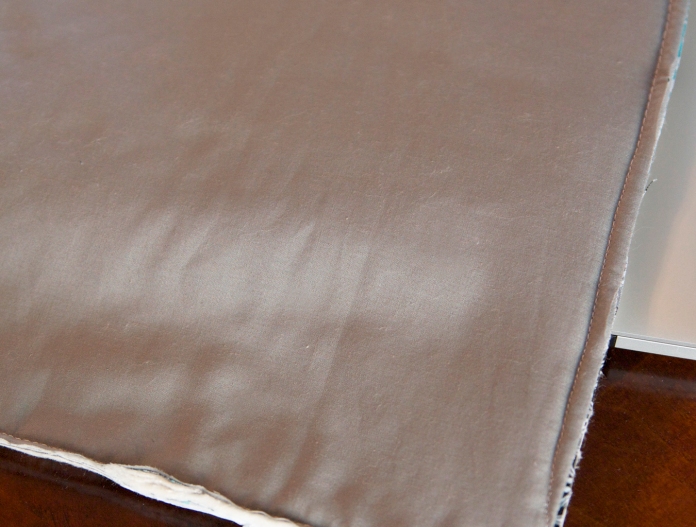 Then you’ll turn it right side in, and whalaa.

If I were going to re-do this (which I will since I don’t love it) I would use the second tutorial I mentioned. (this one) But if you do use mine, I definitely recommend using either a longer piece of velcro, or use two pieces that size. OR I was thinking maybe I could modify the diaper clutch I made… Or EVEN BETTER, if you have a suggestion for a better one I would LOVE to know about it. Just add the link in the comments. 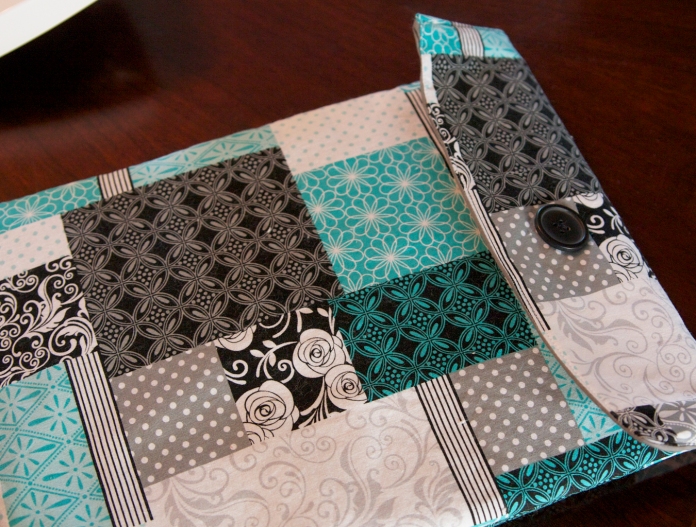 One thought on “DIY :: Laptop sleeve”

Hi! I'm Jess, a photographer living in Southern California. I write a lifestyle blog that has tons of photoshoots, a DIY or two, and occasionally some super easy recipes. Ah and a million or so words and pictures of our son Grayson! I'd love for you to come along with me as I turn the page each day in the open book that is life. I'm following Jesus and taking pictures along the way. Wife to a man I cherish more than anything and new momma to a precious little mister who has come into our life and made our family complete. I love photography and all of the people I meet along the way. I hope you'll join me as I love my husband deeply, stumble through motherhood and meet new people as I go.